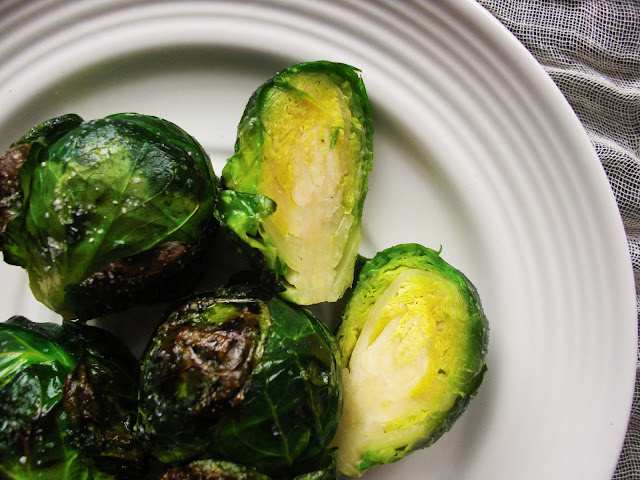 Brussel sprouts are one of those vegetables that always get mixed reviews. I'm one of those people who doesn't mind them. In fact I really like them when they're roasted. I remember back in high school around Thanksgiving time, a super crazy chemistry teacher I had asked me what my favorite food at the Thanksgiving table was. I think I said stuffing. He said brussel sprouts. He said his wife roasted them with olive oil and salt and that when the outsides got nice and golden, he'd eat them like potato chips. Potato chips? I was sold. I haven't made the sprouts any other way since then. 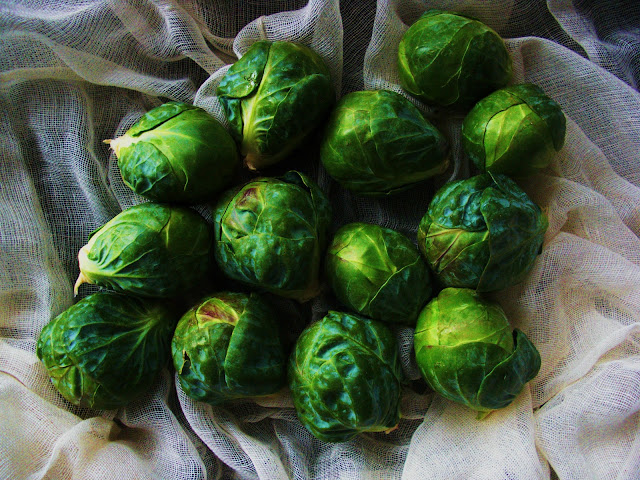 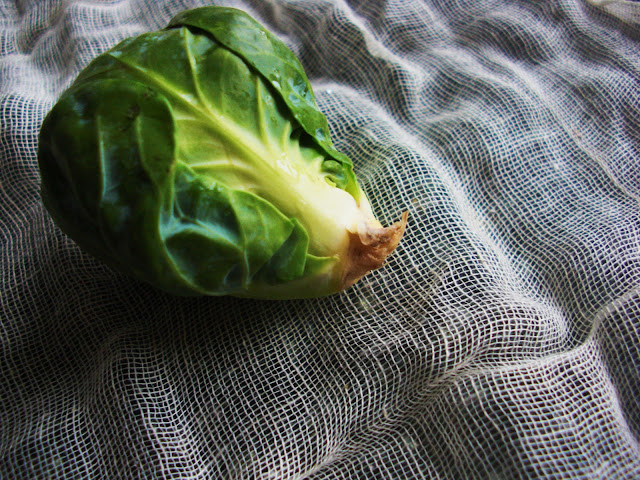 There's no easier way to prepare these little green vegetables. Just trim about two millimeters or so off the bottom of the little stems if they're looking a little dry, roll them around in olive oil, sprinkle with plenty of sea salt, and bake them in a 375 degree oven until they 're a bright green color and the outer leaves are getting a little brown and crispy, about 20 minutes, or until a fork still meets some resistance as you're attempting to pierce one of those green guys (You don't want them too mushy). Those outer crispy leaves are so good...probably the best part!  I usually serve these whole as a simple side dish or cut them in half and add them to something like a wheat berry salad with homemade honey mustard dressing and some type of bean. They're so versatile and so delicious!

I should also mention that Brussel sprouts are incredibly healthy for you. They're in the family called cruciferous vegetables, along with kale, broccoli, and cauliflower. Research has shown incredible cancer fighting, antioxidant, and detoxifying properties of these vegetables. Preparing them in a tasty way, such as roasting, can hopefully get us to incorporate them into our diet more often, because they really do the body a world of good.