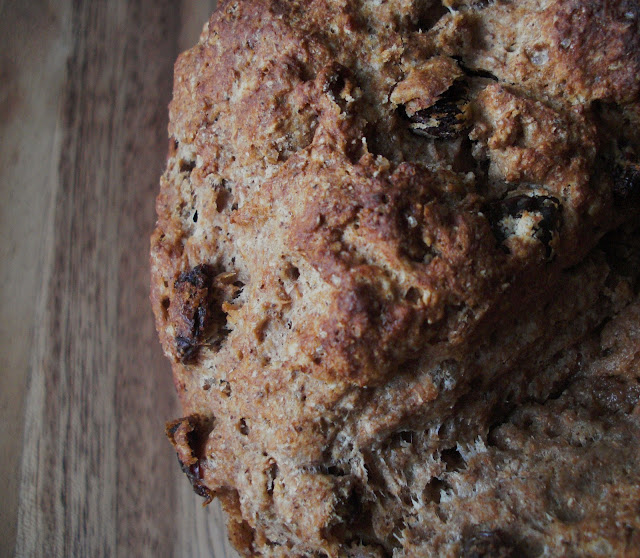 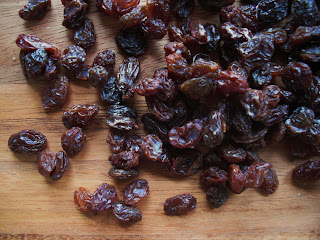 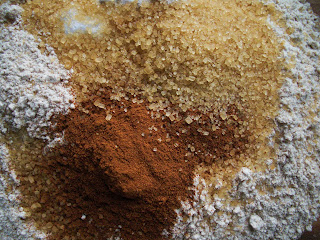 I don't have a drop of Irish blood in me. I've never really celebrated Saint Patrick's Day. I've never even tried corned beef. And I've never really felt like I was missing out on anything. Until my Irish soon-to-be husband made me try Irish soda bread. I have to say that I liked it a lot. It's not overly sweet, which I like, and I loved the plump raisins. Over the years, we've tested different recipes for this bread and we've found that it tastes good however you make it. A bonus in this recipe is that it's made with 100% whole wheat flour, which makes it extra hearty and super healthy. I decided to add some cinnamon to this particular batch of soda bread. I figured that cinnamon and raisins go well together, so it wouldn't hurt. Actually, it worked out pretty well. Slathering butter on a piece of cinnamon bread with plump raisins hot out of the oven was a perfect way to start the day.  It's a new twist on a traditional favorite. 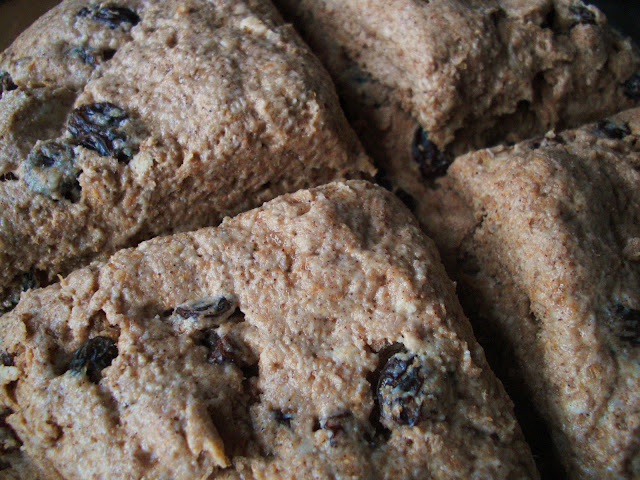 4 cups whole wheat flour
3-4 tbs raw sugar
1 tsp salt
1 tsp baking soda
1 1/2 tbs cinnamon
5 tbs cold unsalted butter, cubed
1 cup raisins
1 large egg, lightly beaten
2 cups buttermilk
Preheat oven to 425. In a very large mixing bowl, add the flour, sugar, salt, baking soda, and cinnamon. Stir well to combine. With a pastry cutter or your clean fingers, work the butter into the flour mixture until it resembles coarse meal. Then add the raisins. Next, add the egg and buttermilk and mix with a wooden spoon until it becomes too stiff to mix. Then, gently knead to moisten the flour and form the dough into a rough ball with your hands. Form the ball into a round loaf and transfer to a buttered pie dish or cast iron skillet. With a large knife, cut an X in the top about 1 1/2 inch deep (see in the photo above of the uncooked loaf). This will ensure that the bread cooks evenly in the center.
Bake for 35-45 minutes or until the top is golden brown and a butter knife inserted in the center comes out clean. If the top is getting too dark, cover it with tin foil. Let the bread cool for 5-10 minutes and serve warm with butter. Best when eaten toasted and preferably within 2 days. You'll be lucky if it lasts that long.
Posted by Renée Blair at 12:01 PM