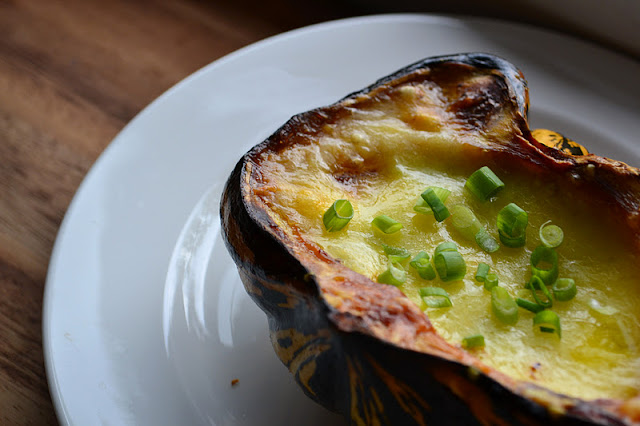 Do you crave something comforting? Something creamy, warm, and cheesy? But something that also isn't horribly bad for you? Enter this squash recipe which should satisfy all of those things. You see, instead of making a comfort food like macaroni and cheese, I made this squash concoction and it hit the spot. 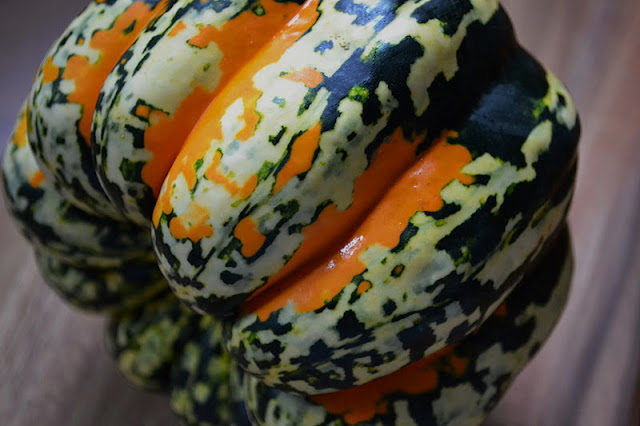 And it also gave me the opportunity to use these pretty buttercup squashes from the market. I was attracted to their pretty skin and they were the perfect size squashes to serve this corn pudding. They're like little squash bowls! I love to stuff squashes like this with lots of different things and I know I'll be making different variations of stuffed squash a lot this autumn. The corn I used in the recipe was fresh off the cob and probably the last of the corn on the cob for the season. I just loved the creamy corn pudding in the sweet squash topped with a nice sprinkling of cheddar cheese. Perfection, I tell you. 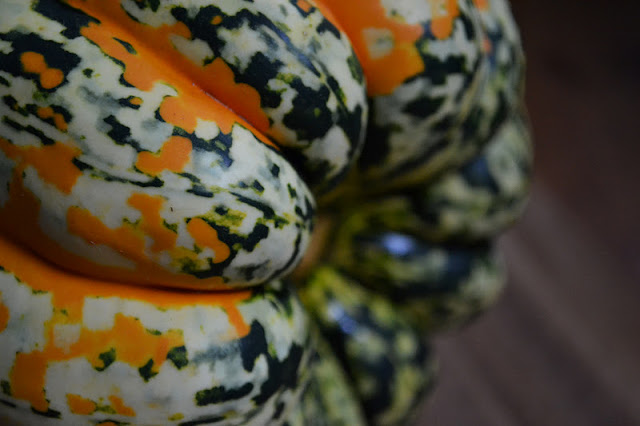 Make sure your squash halves lay flat in the pan that you're using, or else the filling will just spill right out of them. Also, you'll probably have some filling left over, so you could either use more squashes or do like I did and put the pudding mixture in a small baking dish and bake it alongside the squash. Either way works. 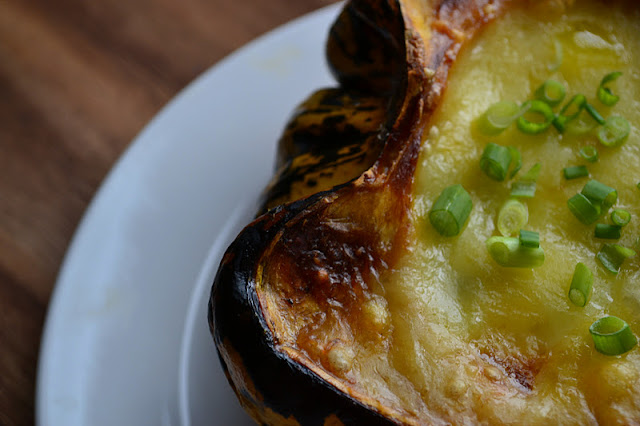 1. Preheat oven to 375 degrees. Rub the orange flesh of the squash with butter or olive oil. Place cut side up on a baking sheet, cover with foil, and bake for about 45 minutes. You want to make sure the squash halves lay flat and not tilt, because later when you put the filling in, it will run out.

2. In a bowl, combine the milk, egg and egg whites, corn, half the scallions, and salt. Wisk well. Fill each squash half with the mixture and transfer back into the oven. (If you have leftover filling, bake it in a small baking dish sprinkled with cheese. It's a real treat.) Continue baking squash uncovered for 30-50 minutes longer, or until the squash has cooked through and the pudding has set. At the last minute, sprinkle the top of each squash with cheese and put it under the broiler just until the cheese starts to bubble and brown. Serve squash warm with the rest of the chopped scallions sprinkled over the top.