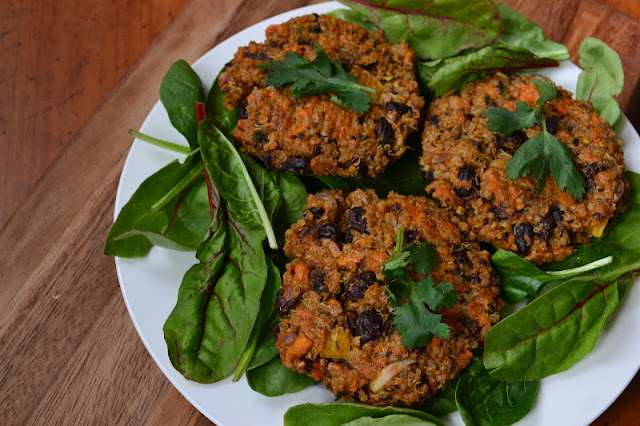 I've been a vegetarian for about eight years and I've never made veggie burgers. Nor have I eaten very many. Crazy right? I mean, the veggie burger is like the only thing that non-vegetarians think we eat. It's usually a lame veggie burger that's on the menu at restaurants that don't typically cater to vegetarians. Or you're at someone's house for dinner or a party who isn't used to making veggie-friendly meals and they say they can run out to the store to buy some frozen veggie burgers for you. No thanks. I'll just munch on the raw veggie platter and have some salad. 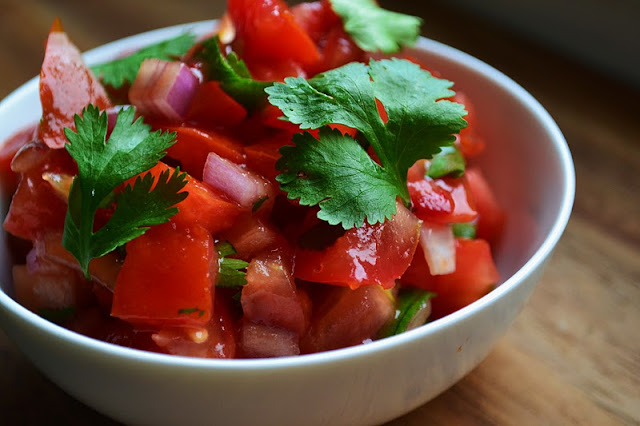 I'm not one of those vegetarians that crave fake meatballs, soy hotdogs, tofurky sandwiches, and microwavable veggie burgers. See, the thing about those types of foods is that they're loaded with artificial  stuff (very rarely do they actually contain a fair amount of vegetables) and they're highly processed. They're not even close to a real food! I steer clear from any of that stuff. 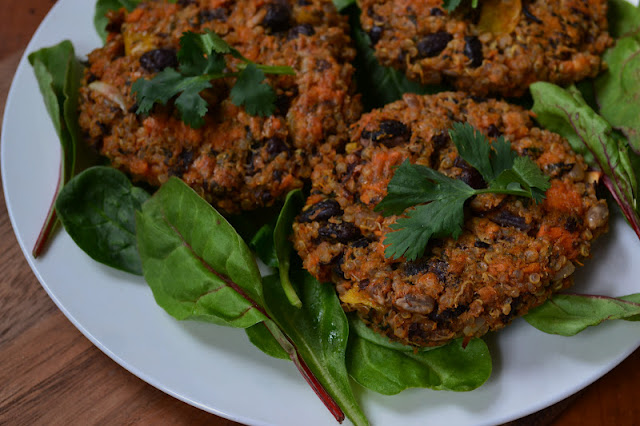 But these little patties are just lovely. Made with sweet potatoes, black beans, and quinoa, they're completely vegan and gluten-free. No scary ingredients. Lots of flavor and nutrition. I served them with some homemade guacamole, homemade salsa, and a nice big green salad.

1. Put the sweet potato chunks in the basket of a vegetable steamer and steam for 7 minutes or so, or until they are soft enough to slide a fork into them easily. Put the softened potatoes in a mixing bowl with half of the black beans and mash them with a potato masher. It's ok if there are a few chunks. You may now preheat the oven to 375 degrees.

3. At this point, you may need to add some type of flour. I only needed to add a tablespoon of chickpea flour, but the water content of the sweet potatoes will vary and you may need a bit of flour to help everything stick together.

4. Form the mixture into 1/2-1 inch thick patties and gently place them on a parchment paper lined baking sheet. Bake for 15 minutes on one side, then remove them from the oven and flip each burger over. Bake for an additional 15 minutes. Serve with salsa, guacamole, or whatever else you'd like.