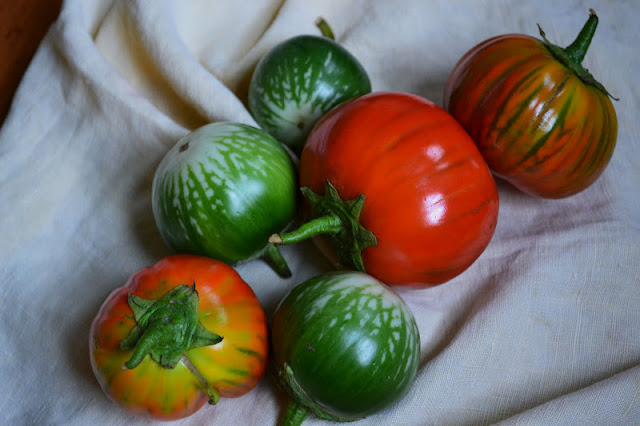 I love this time of year when the gardens and farmers markets are just overflowing with colorful vegetables. I'm a sucker for new and exciting vegetables that I've never tried, so you can imagine my giddiness when I spotted these Turkish eggplants. When I brought them home, I thought they were too pretty to eat, so I took some pictures of them and waited until the right time to use them. Time went by and I knew I needed to use them soon before they shriveled up. 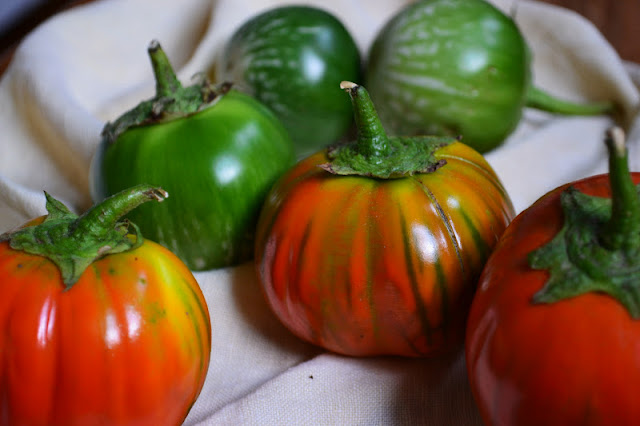 I ended up stuffing them with a delicious herbed quinoa mixture with some olives and chickpeas mixed in. It really was a spur-of-the-moment thing. I cut the tops off of these pretty little orbs and scooped out some of the seedy flesh and salted the insides really well to ward off any bitterness. I let them sit all salty for 30 minutes or so while I prepared the filling. Then, I quickly rinsed some of the salt out of them, wiped them dry, and drizzled them all over with some olive oil. I baked them in the oven unstuffed until they were tender, then filled them with the quinoa stuffing mixture and served them with some goat feta sprinkled on top.  Alas, I have no picture of the final meal because my apartment was too dark to get a decent shot and they were so tasty that we finished them that night. I didn't even write down a recipe for the quinoa stuffing, but really, you can stuff them with anything. 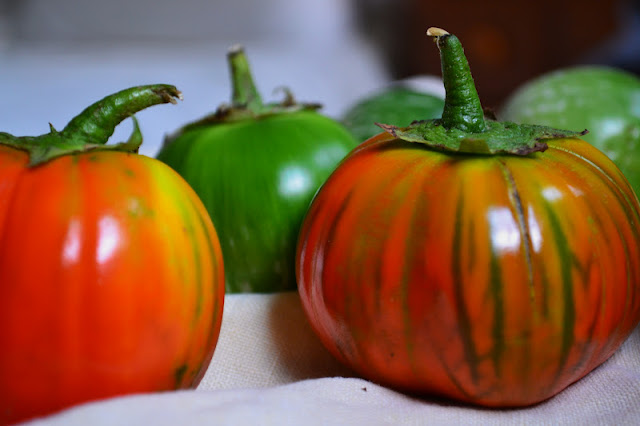 So, no recipe today, but I'll leave you with this message instead: Try something new and exciting and be creative with it. If it turns out not-so-tasty, it's totally ok. But if it turns out delicious, then it's totally worth it. Enjoy the end of summer, everyone!