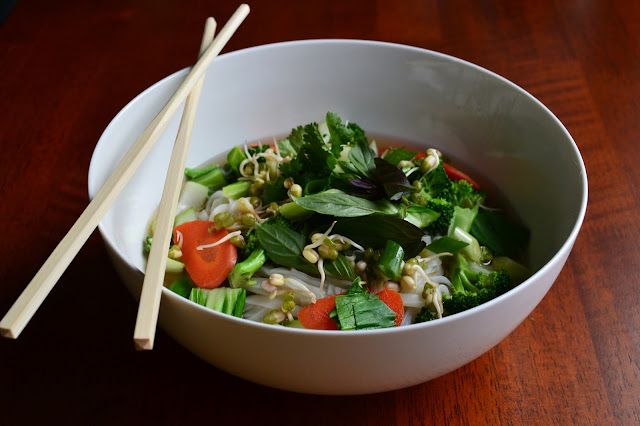 People weren’t kidding when they told me that Seattle is a rainy city. In the winter, the skies are gray and misty almost everyday. It’s damp and cold and pretty miserable. I find myself drinking lots of tea to get by.  Aside from its rainy reputation, Seattle is also known for its amazing Asian food, especially Vietnamese. One really popular Vietnamese meal is a noodle dish called ‘pho’, pronounced as if you’re starting to say the bad f-word and leave off the “ck”. There are Vietnamese restaurants  advertising pho all over the place here, literally on every street! Traditionally pho is made with beef broth, but I’ve seen a lot of vegetarian versions here (Seattle is really veg-friendly). On a cloudy, cold day a few weeks ago, I couldn’t pass up the opportunity to try a steaming bowl of vegetable pho. And holy crap, it was delicious. It is the perfect thing to eat on a rainy day. 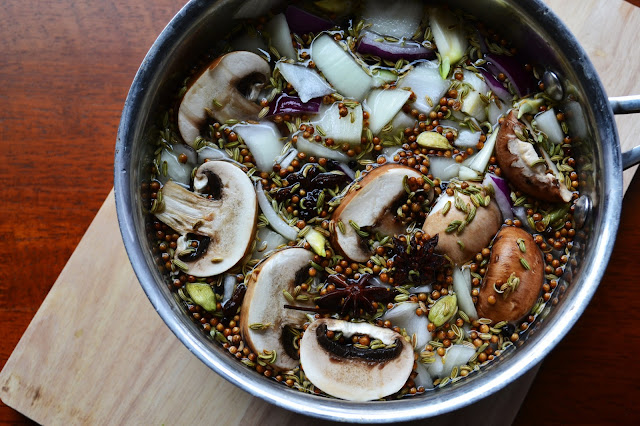 I was super excited to make my own version of pho, and it did not disappoint. The smell of the simmering broth on the stove filled my entire apartment with its warm, inviting smell.  I used a bunch of warming spices that release a subtle flavor to make a delicious, savory broth. The star anise and ginger are classic additions to pho broth and all the others are an integral part in making this broth fantastic. You don’t need the beef to get that savory taste. Nope, not at all. 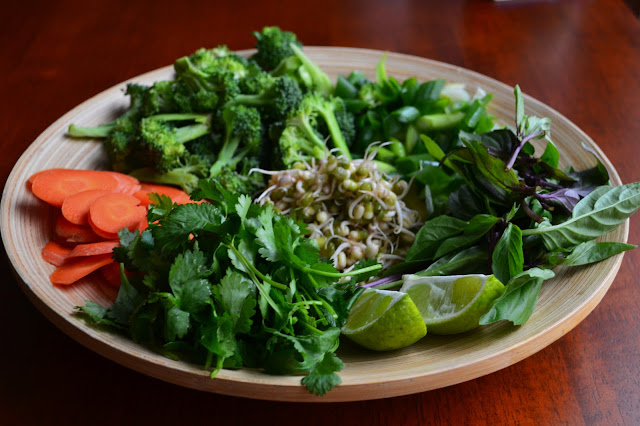 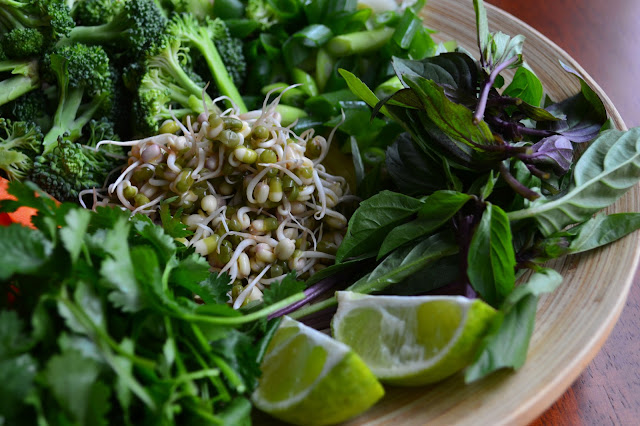 The vegetables are vibrant and the garnishes! Oh the garnishes! Let’s just say that Thai basil is freaking delicious.  Don’t skimp on the basil or cilantro. In addition to adding tons of nutrients, they also add so much flavor a make the soup taste so fresh. 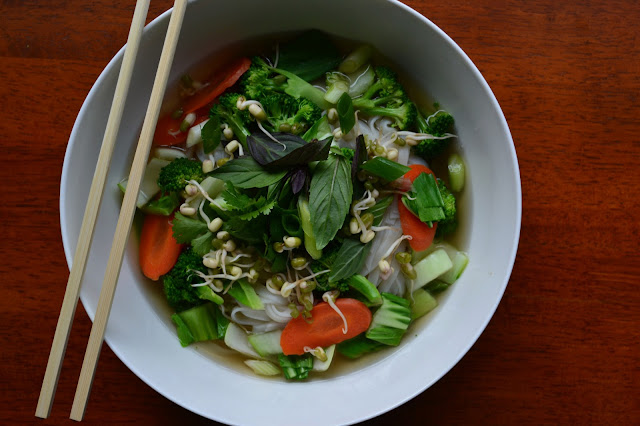 1.  Put all of the broth ingredients (spices, onions, mushrooms, ginger, garlic and water ) in a pot. Bring to a boil and let simmer one hour or more with the lid on.
2. Strain broth through a mesh strainer into another pot and set aside. Discard the solids.

Assembly:
1. Cook rice noodles according to package directions. Strain them and divide them between the bowls you will be eating from.
2. Add your vegetable add-ins to the hot pot of broth.  Heat very gently on the stove just until the the broccoli turns bright green and the bok choy (or spinach) wilts.
3. Ladle the broth and vegetables into the bowls of cooked rice noodles. Garnish with lots of Thai basil, cilantro, mung bean sprouts, scallions, lime juice, tamari, and sriracha. Enjoy.