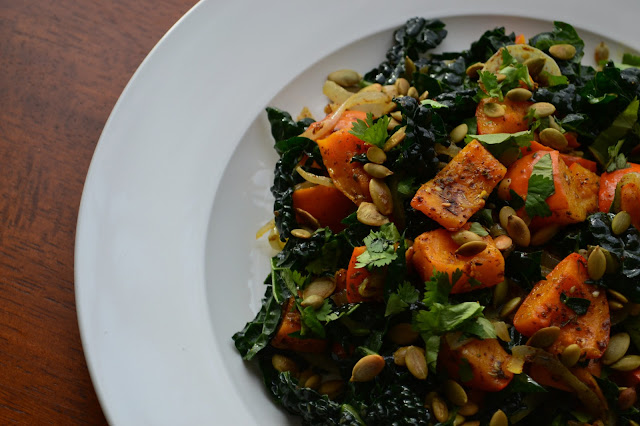 You know you've created something special when you've eaten the same thing for dinner three nights in a row and still haven't gotten tired of it. Yeah, that's this kale salad alright. It's that delicious, my friends. It's pretty, too. 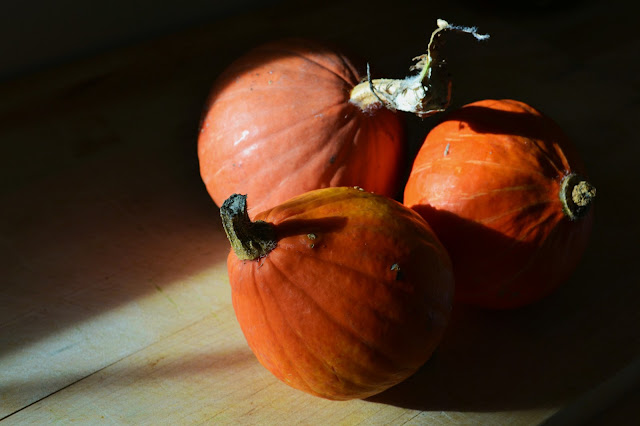 It's no secret that I'm a huge winter squash and sweet potato fan. If you take a look at many of the recipes on the blog, you're bound to find those vegetables in one way or another. So you can imagine my delight when I discovered these adorable little squashes at the local farmers market. They're called Golden Nugget Squashes and they're just perfect because they're so sweet and you don't even have to peel them. And they're tiny, meaning that I don't have to wrestle with a four pound squash trying to cut it open without chopping a finger off. 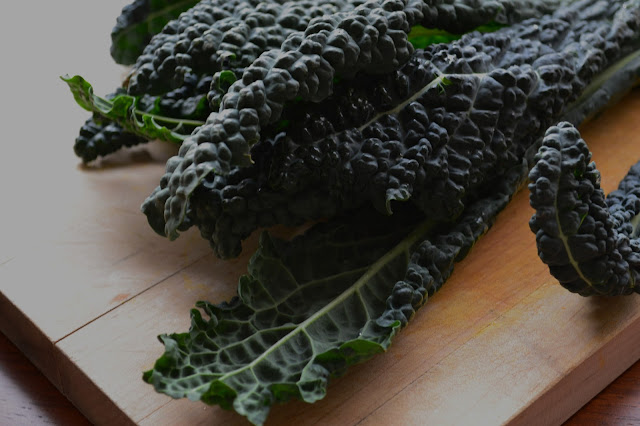 But you want to know the real kicker in this recipe that gives it mega flavor? It's called za'atar and it is your new best friend, even if you've never tried it before. Trust me. Za'atar is a Middle Eastern spice blend commonly made up of sumac, thyme, sesame seeds, oregano, and salt. The sumac in the blend gives it this tangy, citrusy flavor that's just incredible. You can buy za'atar spice blend in stores that have  a good spice and herb section, or you can make the blend yourself. Sarah and Heidi have recipes on their blogs that are a good starting point. I bought my particular blend and I'm very pleased, but when it runs out, (which will no doubt will be in a couple days because I'm putting it on everything) I'm going to try to make it myself. 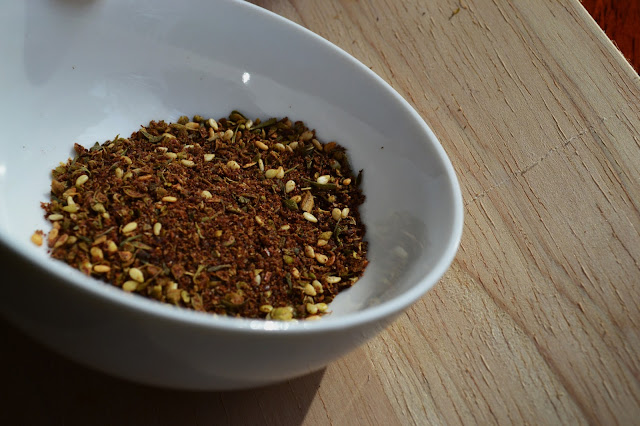 Sprinkle za'atar on a halved avocado as a killer snack, or on a poached egg, or on a freshly made batch of hummus. Add it to a fresh tabbouli salad. I've even seen it stirred into plain yogurt. Seriously, it's probably good in or on everything. 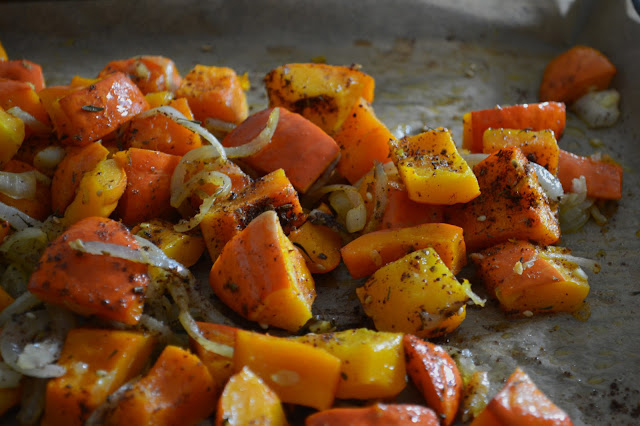 I'll stop ranting about this salad soon, I promise. But one more thing. If you look below at the recipe, you'll see that I tell you to massage the raw kale to tenderize it. And I mean just that. Take both your  (clean!) hands into that bowl of kale, lemon juice, olive oil, and salt, and show it some love! You'll be amazed at how the kale just wilts and tenderizes as if it was cooked. So I recommend if you want to incorporate raw kale into you diet (which you most definitely should!), but aren't a fan of its fibrous texture, just give it a massage. 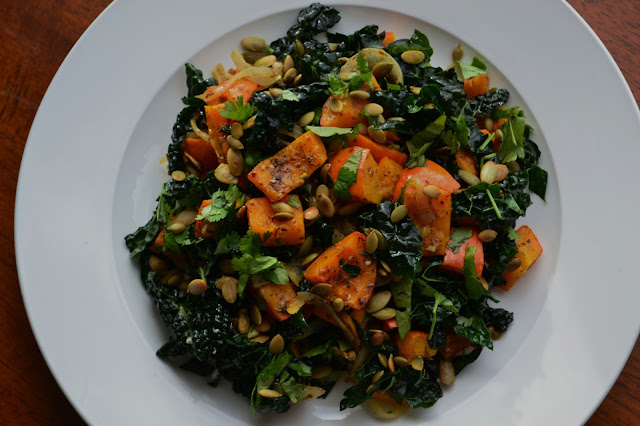 1. Preheat oven to 375. In a mixing bowl, combine the cubed squash, sliced onion, chopped garlic, a large pinch of salt, and 3 tablespoons olive oil. Toss well to coat the vegetables with olive oil. Pour them onto a large parchment-lined baking sheet. Bake for 20 minutes, toss, and bake for another 20 minutes, or until the squash is tender and the onions have started to caramelize.

2. While the squash is baking in the oven, combine the kale, lemon juice, a pinch of salt, and a tablespoon of olive oil in the same mixing bowl you used for the squash. Massage the kale with clean hands, until it starts to wilt and tenderize, about 1-2 minutes. Add the chopped cilantro and pumpkin seeds. Set aside

3. After removing the squash from the oven, add zatar to the still hot squash cubes and toss gently to coat them in spice. Let cool for 5 minutes, then add everything to the bowl of kale. Toss gently to combine everything. Taste to see if it needs more salt or more za'atar and serve.