Pazole Verde and Embracing the Tomatillo 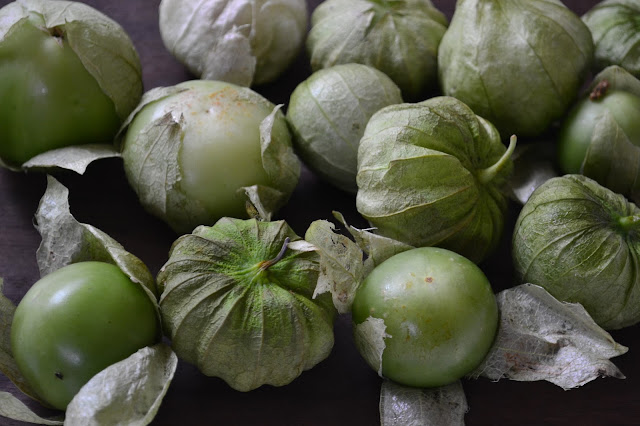 For the longest time, I was intimidated by the tomatillo. I regularly shied away from it at the market. It just wasn’t a vegetable I was very familiar with. Something about those papery skins turned me off. It seemed like a vegetable that probably didn’t taste all that good since, to me, it looked like it was never ripe. It wasn’t until I realized that salsa verde, that pleasantly refreshing condiment at my favorite Mexican restaurant, was made from those pretty green vegetables that always show up at the farmers market this time of year. 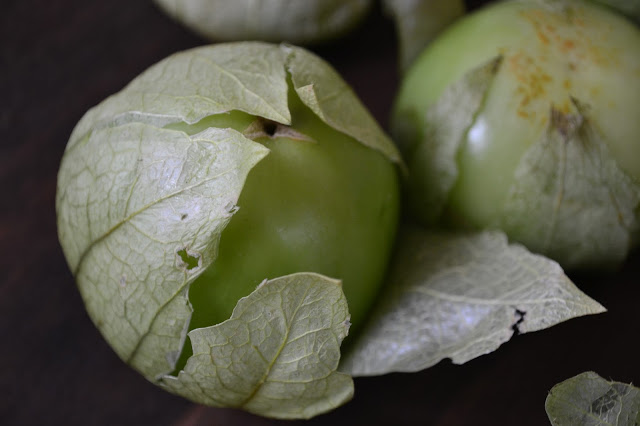 I was determined to make something with this new-to-me vegetable in my own kitchen. Soon after, this soup was born. And it has become one of my favorites. I’m already coming up with other ways to use the tomatillo because it is my new best friend. 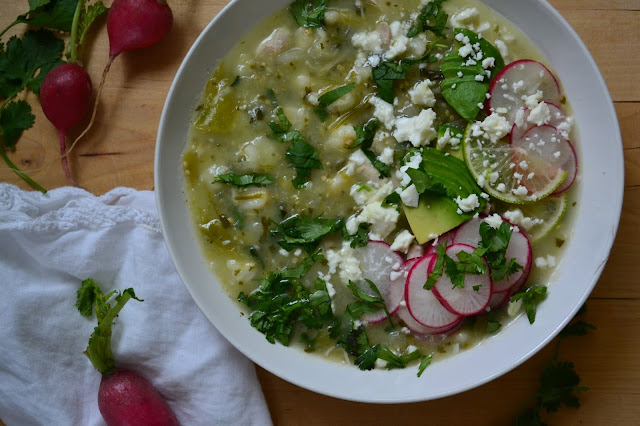